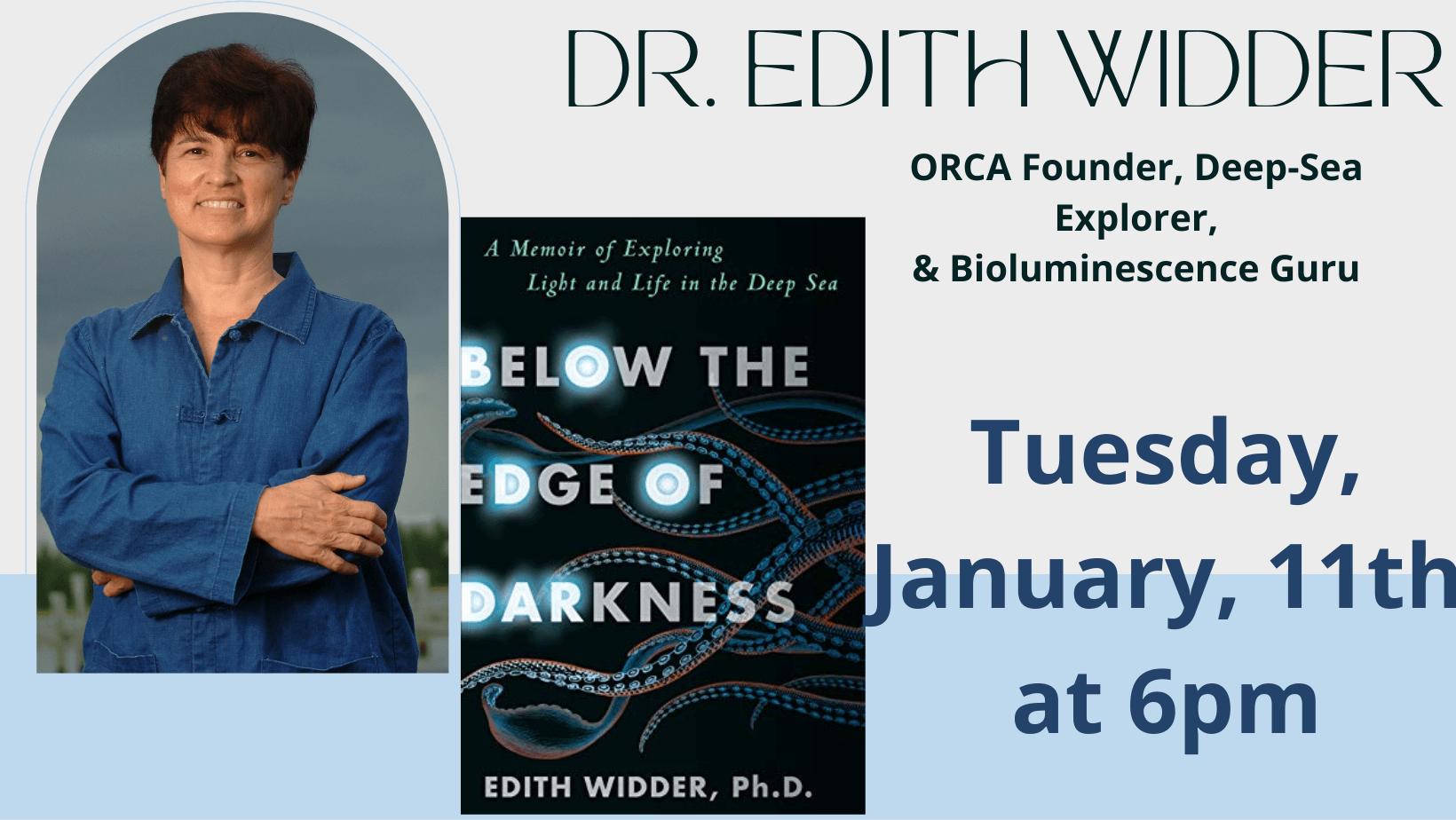 Below The Edge of Darkness

A Memoir of Exploring Light and Life in the Deep Sea

A pioneering marine biologist takes us down into the deep ocean to understand bioluminescence–the language of light that helps life communicate in the darkness–and what it tells us about the future of life on Earth.

“Edith Widder’s story is one of hardscrabble optimism, two-fisted exploration, and groundbreaking research. She’s done things I dream of doing.”

Edith Widder’s childhood dream of becoming a marine biologist was almost derailed in college, when complications from a surgery gone wrong caused temporary blindness. A new reality of shifting shadows drew her fascination to the power of light–as well as the importance of optimism.As her vision cleared, Widder found the intersection of her two passions in oceanic bioluminescence, a little-explored scientific field within Earth’s last great unknown frontier: the deep ocean. With little promise of funding or employment, she leaped at the first opportunity to train as a submersible pilot and dove into the darkness.Widder’s first journey into the deep ocean, in a diving suit that resembled a suit of armor, took her to a depth of eight hundred feet. She turned off the lights and witnessed breathtaking underwater fireworks: explosions of bioluminescent activity. Concerns about her future career vanished. She only wanted to know one thing: Why was there so much light down there?

Below the Edge of Darkness takes readers deep into our planet’s oceans as Widder pursues her questions about one of the most important and widely used forms of communication in nature. In the process, she reveals hidden worlds and a dazzling menagerie of behaviors and animals, from microbes to leviathans, many never before seen or, like the legendary giant squid, never before filmed in their deep-sea lairs. Alongside Widder, we experience life-and-death equipment malfunctions and witness breakthroughs in technology and understanding, all set against a growing awareness of the deteriorating health of our largest and least understood ecosystem.A thrilling adventure story as well as a scientific revelation, Below the Edge of Darkness reckons with the complicated and sometimes dangerous realities of exploration. Widder shows us how when we push our boundaries and expand our worlds, discovery and wonder follow. These are the ultimate keys to the ocean’s salvation–and thus to our future on this planet.