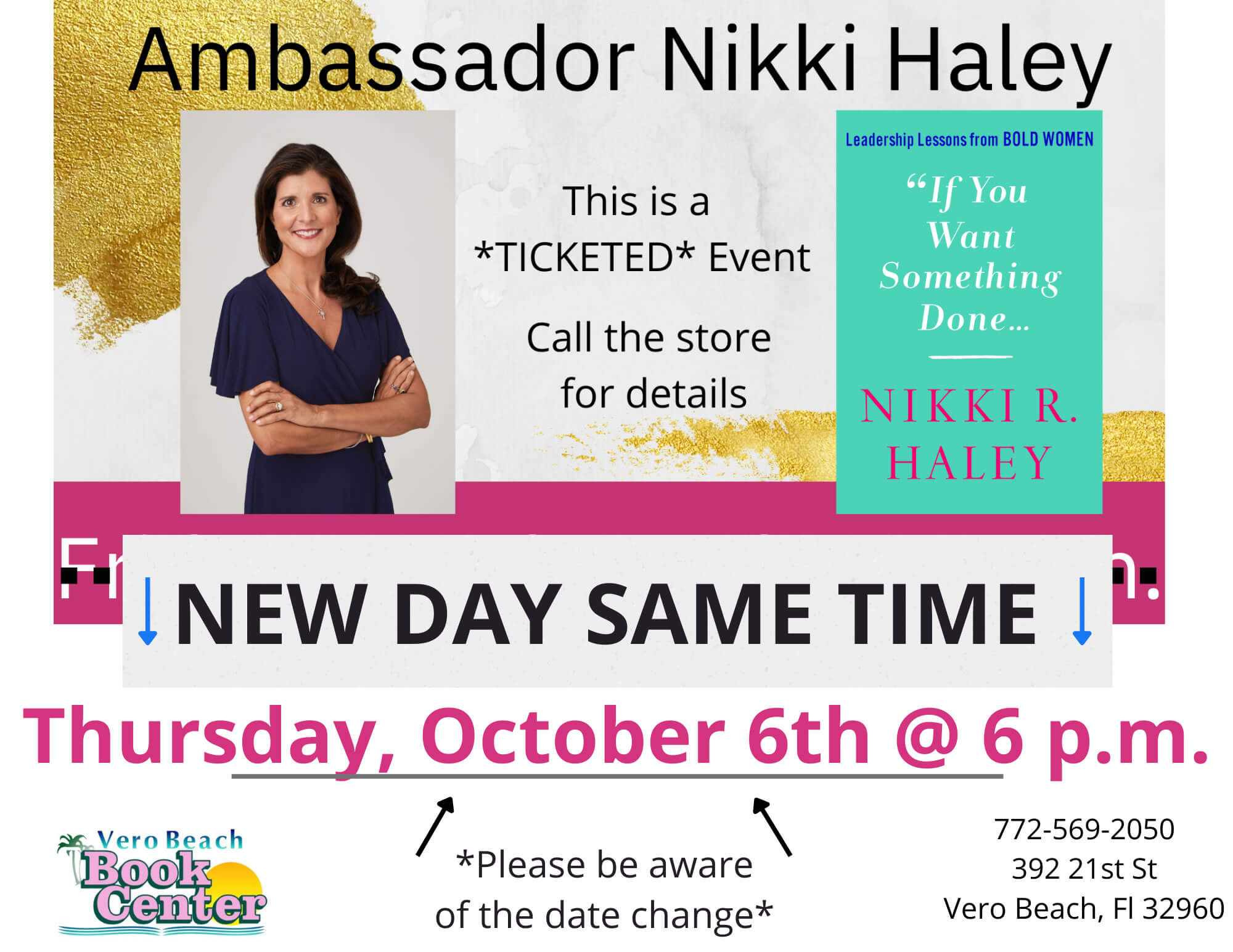 Ambassador Nikki Haley Presenting "If You Want Something Done"

This is a ticketed event. Tickets are on sale now.

There are two ticket options: one person-one book $30 or two people-one book $35. You will not be allowed to enter without a ticket.

This is a book discussion. You will receive an autographed copy of the book with ticket purchase. Books will be given the night of the event at the door.

There will be no personalizations.

Seats are first come, first serve. There will be plenty of standing room.

Photos of discussion are welcome. There will be no opportunity to get a picture directly with the author. Thank you for understanding. 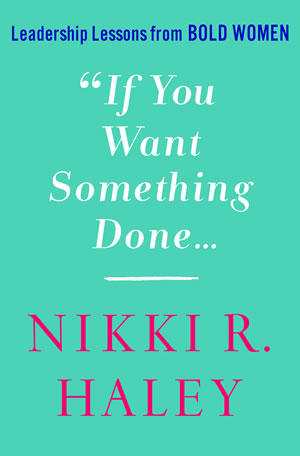 In the spirit of Thatcher's quote, Ambassador Nikki R. Haley offers inspiring examples of a range of women who worked against obstacles and opposition to get things done – including Haley herself. As a brown girl growing up in Bamberg, South Carolina, no one would have predicted she would become the first minority female governor in America, the first female and the first minority governor in South Carolina, or the U.S. Ambassador to the United Nations. That journey wasn’t an easy one. She faced many people who thought she didn’t belong – and told her so. She was too brown. Too female. Too young. Too conservative. Too principled. Too idealistic. As far as Nikki was concerned, those were not reasons to hold her back. Those were all reasons to forge ahead.

She drew inspiration from other trailblazing women throughout history who summoned the courage to be different and lead. In turn, she has always tried to pass on that inspiration to other women. This personal and compelling book celebrates women who dared to be bold – from household names like Margaret Thatcher and Israel’s former prime minister Golda Meir, to Jeane Kirkpatrick, the first female U.S. Ambassador to the United Nations, to lesser-known leaders like human rights activist Cindy Warmbier, education advocate Virginia Walden Ford, and more. Woven with stories from Haley’s own childhood and political career, IF YOU WANT SOMETHING DONE will inspire the next generation of female leaders.